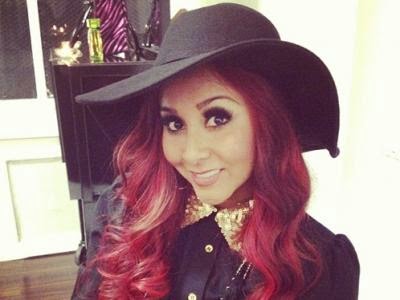 Our friend Snooki might just be going too far with her second pregnancy.

The star happily shared a video of her doing the monkey bar game while carrying her second pregnancy.

The game saw her climbing onto iron bars with her hands up and leg slightly folded like monkies do while climbing trees.

Immediately the video hit the air, concerned fans took turn to lash at her for playing such dangerous game with her unborn baby.

According to them, a pregnant woman isn’t allowed to raise her hands above her head, warning she might stand the risk of miscarriage if such move is repeated.

Meshack Amadi - August 8, 2020 0
Facebook CEO Mark Zuckerberg shares his feeling of joy as he joins Jeff Bezos and Bill Gate in bearing the centi-billionaire status according to...

Meshack Amadi - August 8, 2020 0
Marlian President Azeez Fashola popularly known as "Naira Marley" have reportedly been arrested with his manager for breaking the lockdown restrictions, after...

Meshack Amadi - August 8, 2020 0
Grammy nominated superstar "Burna boy" has taken over the media after he announced the release of his upcoming album titled "Twice as Tall". The...

Washington becomes the second U.S. state to adopt rules for the...

Dog Still Seeking a Home After Eight Years in the Shelter…..poor...