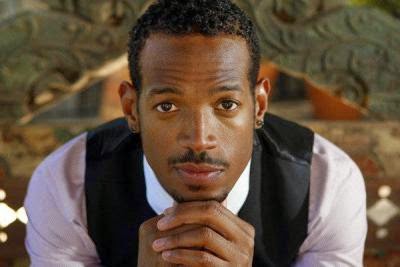 American actor, producer, comedian, writer and film director, Marlon Wayans has been announced as the host for 2014 MAMA’s awards.

MTV unveiled Wayans as next host after the likes of Wyclef Jean and Eve, who have hosted earlier MAMA events.

Marlon Wayans first found fame with the TV show “In Living Color”, the highly acclaimed sketch comedy show that helped launch the careers of such future stars as Jim Carrey and Jamie Foxx. He also co-starred in the comedy sitcom “The Wayans Bros”, a largely autobiographical show based on the brothers’ real relationship and personalities.

As an actor, Wayan’s movie outings have grossed more than $736-million at the US box office. Wayans is commonly recognized for his role as “Marcus Copeland” in the 2004 hit comedy WHITE CHICKS, opposite Shawn Wayans, Jamie King and Terry Crews. Wayans also starred alongside Shawn Wayans and Regina Hall in the successful spoof horror franchise SCARY MOVIE and SCARY MOVIE 2.

Alex Okosi, SVP & MD, Viacom International Media Networks (VIMN) Africa commented, “Marlon Wayans is a hugely popular entertainment figure known and loved by African audiences from “The Wayans Brothers” and his various movie roles. His irreverent humour and infectious energy will definitely make him a great host for the 2014 MAMA.”

The 2014 MAMA is set to feature stunning performances from African and international artists, including the awards’ signature collaborations between artists of different genres and cultures – a high point of every show. The stunning line-up for MAMA 2014 includes R&B superstar Miguel, hip hop game changer French Montana, Nigerian sensations Davido, Flavour and Tiwa Savage and South African hit makers Mafikizolo, Uhuru, Oskido and Professor. Many more artists are due to be announced next week.

Celebrating musicians and achievers who have made the most impact on African youth culture throughout the year, MAMA 2014 will, for the first time ever, premiere LIVE across Africa on MTV Base (DStv Channel 322) and MTV (DStv Channel 130) at 21:00 CAT.   The show will also air tape-delayed across BET’s international footprint. A one-hour MTV World Stage special will also air around the world.

Taking place at the International Conference Centre, Durban on 7 June, The MTV Africa Music Awards is brought to you by KwaZulu-Natal Province in association with Absolut and The City of Durban. South Africa Tourism is also a partner to the MAMA.

With hundreds of thousands of votes already cast, public voting for 2014 MTV Africa Music Awards continues online at www.mtvbase.com until midnight on 4 June 2014. The winners of the MTV Base Leadership Award and Best Video are chosen exclusively by MTV Base.  Voting for Song of the Year continues up until the show on 7 June.