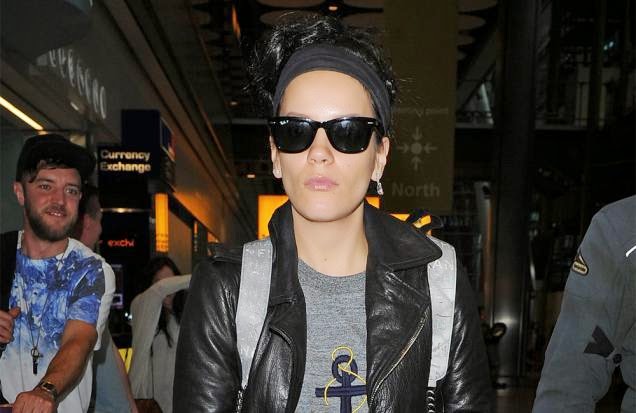 Katie wrote the harsh remarks – which were later tweeted by a magazine – in her column for The Sun newspaper after Lily posted a topless video of herself dancing in spanx underwear earlier this week.
Lily wrote: ”@OK_Magazine @KTHopkins honestly defines unnecessary, as does this article, as does your magazine. Both everything that’s wrong with humanity.

The 29-year-old mother of two launched a further attack on the columnist, relaying an incident in which Katie, 39, was photographed naked during a romantic encounter in a field.
She wrote: ”@KThopkins tipping off the paps that you’ll be f***ing someone in a field = unnecessary, also deluded and self important. #begone.”

Katie replied: ”but least I didn’t film myself doing it & I had someone else to hold my arse in for me.”
Lily continued: ”@KTHopkins sure, I bet those paps were just hanging out in some suburban field and happened to stumble upon your ‘romp’.”

Katie then shared a photo of Lily holding her breasts, with the caption: ”Field or no field, least I have someone to hold my boobs for me @lilyallen PS your kids asked who was in this photo.”
Lily then wrote her final reply: ”@KTHopkins stay classy babe.”

It isn’t the first time Lily and Katie have become involved in a bitter Twitter feud. The pair battled it out on the social networking site after Katie attacked the singer for putting on weight following a miscarriage earlier this year.