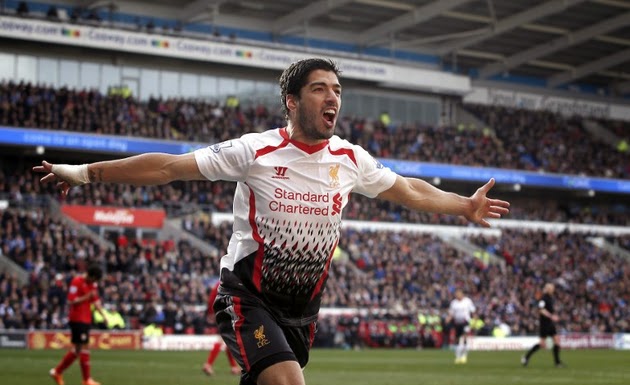 Spanish giant Barcelona has agreed to a transfer deal for Liverpool’s Luiz Suarez.
The English club confirmed that a deal had been struck, believed to be for £64-million, and said that the Uruguay striker would leave the club as soon as all the formalities had been completed.

“Liverpool FC confirms that Luis Suarez will be leaving the club after a transfer agreement was reached with FC Barcelona. The player now has permission to complete the usual formalities, which will then conclude the transfer.

“We would like to thank Luis for his contribution and the role he played in helping bring Champions League football back to Anfield.

“Everyone at Liverpool Football Club wishes Luis and his family well for the future.”

Suarez joined Liverpool in 2011 from Dutch club Ajax Amsterdam. He was instumental in helping Liverpool finish second in the league last season, scoring 31 goals despite missing eight games due to his ban for biting Chelsea’s Branislav Ivanovic during a Premier League game. His subsequent performances for the club saw him crowned as the PFA Player of Season.