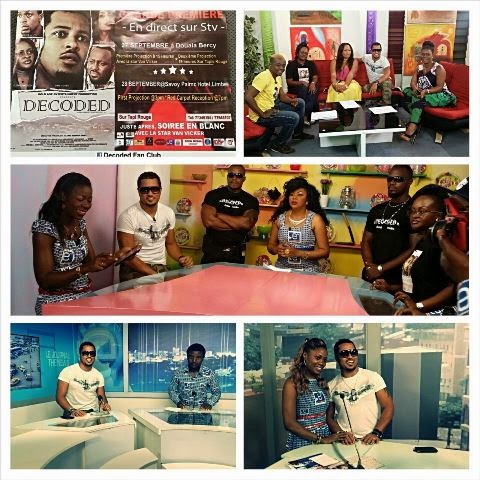 The movie was shot back in August 2012 and it’s taking the producers two years to make the film available for cinemas, movie lovers and the film market.

DECODED centers on a guy Killy Steve (Epulle Jeff) who dreams to have the most luxurious wedding with his beautiful wife, Jasmin (Solange Yijika). Steve names Nicolas (Buh Proxy) his best man, but Nick wants a taste of Steve’s woman by hook or by crook. Something must be done to get something in or out. And that something seems to be STEVES best friend DAVID (Van Vicker) whom of all days stumbles into STEVE involved with NICK on the eve of his wedding.

9 days to go for Art Monaco

Wizkid holding it down at Benin Republic