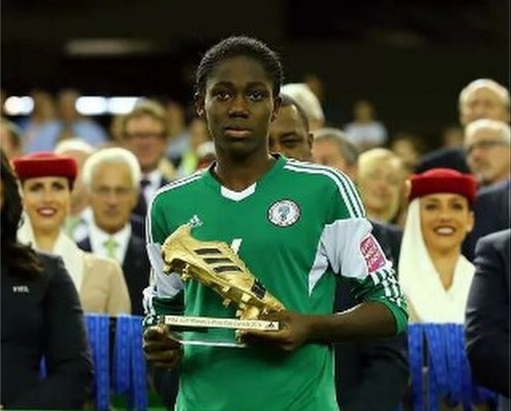 Nigerian striker Asisat Oshoala was voted the Most Valuable Player/Best Player at the 2014 FIFA U20 World Cup in Canada. She was awarded the Golden Ball award and Golden Boot having scored seven goals and provided two assists.

French midfielder Griedge Mbock-Bathy was awarded the Silver Ball while her compatriot Claire Lavogez, was the Bronze Ball winner. Meanwhile, the Falconets lost 0-1 to their German counterparts in the Finals of the World Cup played in Montreal, Canada yesterday.