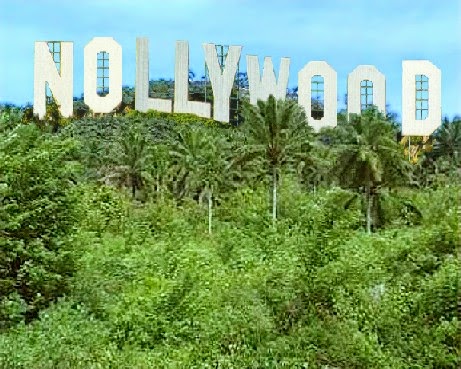 Twenty years after its birth in a video shop in Lagos, Nigeria’s  “Nollywood” is one of the most prolific film industries on earth. Despite low budgets and whirlwind production schedules, Nigerian films are wildly popular in Africa and industry professionals say they hope, in the future, their films will be as great in quality as they are in quantity.

As a generator hums on the roof, Director F. Olu Michaels shoots his 14th episode of Remember Me, a soap opera about a girl with magical powers.
He said that since he got into the business 16 years ago, Nollywood has grown from a rag-tag industry into a giant — producing thousands of films a year.

F. Olu Michaels, a Nollywood director, said, “It has changed a lot. Bad jobs don’t really make waves anymore. If you don’t really do a good job you’re nowhere. Bad jobs just die along the line, but good jobs are recommended and people keep talking about it.”
Tight productions

But Nollywood also suffers from the same woes as the rest of Nigeria — widespread poverty, insecurity, and lack of electricity. As a result, Nigerian artists say their movies are made on tight budgets and films lack “polish.”
At a fancy country club in Lagos, Olu Jacobs, one of Nollywood’s most famous actors, said many movies are shot in only a week for less than $30,000.
“We haven’t got the money to prolong it for more than six, seven, eight, nine, 10 days maximum. Otherwise you run out of money,” said Jacobs.

Resonant themes
Jacobs said Nollywood movies are popular, though, because they reflect themes Africans can relate to, instead of Hollywood’s version of the continent: an exotic land of large, wild animals and suffering villagers.

“I’m an eternal optimist. I will tell you Nollywood is going to improve by leaps ands bounds because more and more people and organizations are beginning to see that this field is respected outside this country,” said Jacobs.
Back on the set of Remember Me, where the generator is still the only source of power, 21-year-old actress Bronze Mannuels said Nollywood gives young Nigerian artists a chance to “make it.”

“It’s about the passion. It’s about how much effort you can put into. That’s how I see it,” she said.

This is Mannuel’s first role after many auditions. She said she doesn’t want to be just another actress, however, she wants to be a Nollywood star.-voanews.com

Gerard Butler struggled to top ‘Olympus has fallen’ with ‘London Has...

Emilia Clarke for Voice from the Stone?