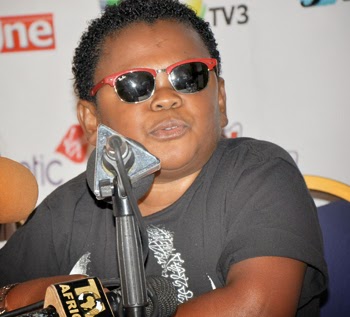 Nollywood actor Osita Iheme a.k.a Pawpaw has denied tales making the rounds that he might be getting married soon.

According to a story in Saturday Tribune, the actor won’t be walking down the aisle anytime soon. He is quoted as saying: ‘Na lie! There’s no such thing, they are just rumours.’

He has previously been linked with Ghanaian actress Nana Ama McBrown and London-based model, Brenda Gowon, who was rumoured to have dumped the actor back in 2008, supposedly because he was tiny.

His acting partner, Aki a.k.a Chinedu Ikedieze, has been married since December 2011.

Omotola Jolade: Dont call my daughter ‘HOT’ or ‘SEXY’ if you...

Genevieve Nnaji Without Make Up