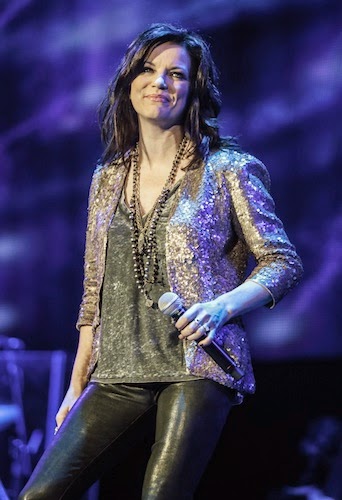 Martina McBride’s new album, Everlasting, is out April 8 and fans are in for a treat. In fact, the country superstar reveals in the new issue of Closer Weekly that Gavin DeGraw, who sings with Martina on the album, was actually an inspiration for the entire record!

“A couple of Gavin’s songs inspired me to do this record. I’d be listening to them and go, ‘I want to make a record like that!’” Martina shares with Closer Weekly.

Also on the album of R&B and soul covers is Kelly Clarkson. “Kelly’s fun and sweet and we’ve known each other a while,” the singer says. “I wish I could do a whole album of duets!”

Martina tells the mag that she’s thrilled to be back on the road promoting her new album. “I just want to keep doing what I’m doing, make records and tour, have people show up and have a good time.”

And though she’s achieved so much already in her music career — there’s still a few things on her bucket list she’s yet to check off! “I want to make a gospel record and another Christmas record. And I’d like to sing the national anthem at the Super Bowl some day!”

No Managers For Wizkid And Waje

MI’s King James video is out..!