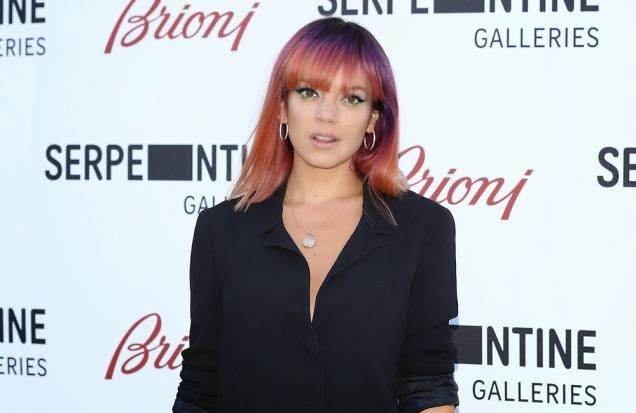 Lily Allen has announced a UK tour for this winter. The ‘URL Badman’ singer will play nine shows in support of her ‘Sheezus’ album, starting at the Glasgow O2 Academy on November 22.

Other stops on the tour Sheffield, Manchester, Birmingham, Brighton, Plymouth, Portsmouth and London with the run of shows concluding on New Year’s Eve (31.12.14) with a headline set at the highly prestigious Edinburgh Hogmanay Show in Scotland.

The concerts conclude a busy year of touring for Lily, who has performed at several festivals, including Glastonbury, and has just finished supporting Miley Cyrus on the latest leg of her ‘Bangerz Tour’.

Lily, 29, played her final support slot last Sunday (10.08.14) at the Scottrade Center in St. Louis, posting on Twitter: ”Last night of my leg of the #BANGERZ tour tonight went off!! Thanks St. Louis. See you again soon, America!! (sic)”

The pop star will take to the stage at the V Festival this weekend.

Tickets for Lily’s UK tour go on sale on Friday August 22 at 9am.