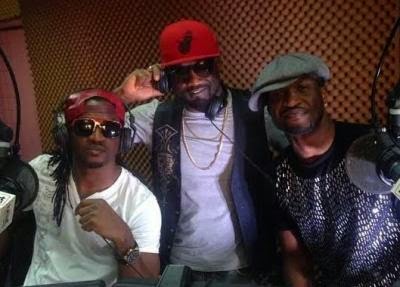 It’s no longer news that recently, Africa’s most powerful music group, P-Square, Peter specifically, was at loggerhead with their elder brother, manager and producer, Jude Okoye.

The group broke apart with just Paul and Peter doing their thing alone. The beef even went as far as dropping Jude as their producer, to employing the services of Mavin record’s boss, Don Jazzy who produced their latest single.

Now, it looks like the trio are back as they were sighted at the Beat FM’s studio for a chat.

Although we are not totally sure whether they are back for good or this is just a face saving outing.

However, this same photo also found its way on P-Square’s official website.
So, let’s hope for the best.

Destiny Child Back On Feet