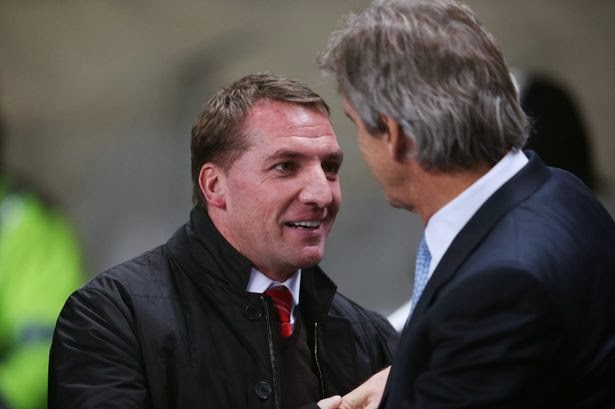 Brendan Rodgers has been fined £8,000 by the FA for criticising referee Lee Mason.The Liverpool boss accepted the FA’s misconduct charge yesterday and a commission today decided on his punishment.

Rodgers has also been warned about his future conduct.

Rodgers was clobbered for questioning why the Greater Manchester official was put in charge of Liverpool’s 2-1 Boxing Day defeat to Manchester City at the Etihad.

The Irishman was angry at Mason for making a number of controversial calls against Liverpool.

The FA charged Rodgers because they felt his comments questioned Mason’s integrity.

A statement on the FA website read: “Rodgers was charged for a breach of FA Rule E3 in that his post-match comments following Liverpool’s game at Manchester City on 26 December 2013 constituted improper conduct in that they called into question the integrity of the match referee, and/or implied that the match referee was motivated by bias; and/or brought the game into disrepute; and/or amounted to a failure to act in the best interests of the game.”

Rodgers said at the time: “My players were outstanding but they had no help from the officials. I thought they were horrendous in terms of their performance.

“We never got any decision. For the offside one they were not even on the same cut of grass. You need to get those right at this level. It’s not a difficult one.

“We did not get a free kick when Lescott came through the back of Luis and it’s arguable that we should have had a penalty at the end. He can’t jump because he is tugging at his shirt.