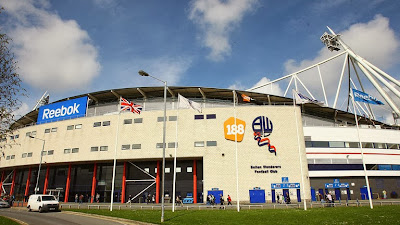 Bolton have announced a financial loss of £50.7million for the year ending June 2013 with net debts rising to £163.8million.

The club were relegated in May 2012 having spent the previous 11 years in the Premier League and annual turnover has fallen from £58.5million to £28.5million.

Chairman Phil Gartside blamed the huge losses on relegation and although the club saved £17.9million on wages, said additional revenue streams would have to be found.

Gartside said in a club statement: “This year’s results show the difficulties faced in the football business when a club has enjoyed a sustained and successful period in the Premier League, in our case 11 years, then suffers relegation back to the Football League Championship.

“The ever widening gap between the two leagues makes the transition extremely difficult, even with the benefits of parachute payments from the Premier League.”

Reebok Stadium attendances are down by 24 per cent, while sponsorship and advertising revenue had fallen from £4.3million to £1.4million.

Gartside thanked the club’s owner Eddie Davies for keeping them in business but said they would now be forced to look for other investors because of English football’s new Financial Fair Play rules.
Gartside added: “It should go without saying that Eddie Davies continues to provide a humbling level of support to the club.

“However, the financial support given by owners is no longer possible in this league without severe penalty.

“We are responding to a changing environment by improvement and development of the wider Burnden Leisure business interests.

“This year we secured sole ownership of the hotel, expanded our education business and applied for planning permission to increase our non-football operations to improve revenues over the medium to long term.

“We will continue to invest, both in the long and short term, where the returns can be justified.

“However, Financial Fair Play rules require an alternative funding structure and Bolton Wanderers is very much moving towards a self-sustainable future.