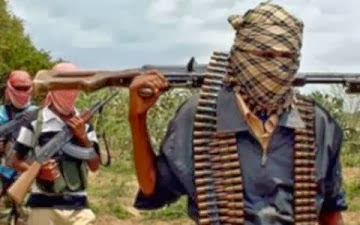 A member of the Boko Haram sect has said that they are against Western education because it challenges the supremacy of Allah and most aspects of Geography, Biology and Sociology contradict the divine order which sees God as the source of all being.

While being paraded at the headquarters of the Department of State Service, DSS, in Abuja, 35-year-old Yasir Ibrahim Salihu, (a.k.a Dan Birni), one of the suspected killers of Sheikh Auwal Adam Albani and his wife and son said certain things in Western education contradicts the very existence of Allah.

In his confessional statement, Salihu, a graduate of English Literature from the Ahmadu Bello University, ABU), Zaria in Kaduna State said he is a member of the Boko Haram which he joined in 2009 after its late leader, Muhammad Yusuf visited Zaria to deliver a lecture.

He said the late Yusuf was against Western education because he said it contradicted the Holy Quran, adding that the Darwin Theory of Evolution contradicts the very existence of Allah, even as he described sociologists as “free thinkers” who do not believe that there is God.

The Inspector-General of Police, IGP, Mohammed Abubakar has, however, assured that security agencies are working towards ensuring the safety and security of students and academic institutions across the country.

VIDEO: Wizkid – Fan mobs Pop singer then gets thrown off...