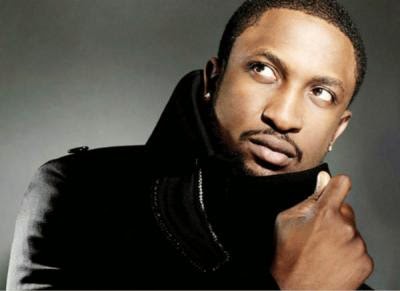 As award-winning artiste Darey Art Alade and Freeze of Cool FM are announced as hosts-DJ Neptune, DJ Caise, DJ Spinall and Big N team up for the biggest collaboration.
Gulder the premium beer brand and organisers of the innovative city-to-city club on the move will berth in Enugu for the first time for two extraordinary nights.

Past editions in Port Harcourt and Lagos witnessed the most unusual clubbing event where a strategic location was transformed into a spectacular venue of urbane cabaret of magic, acrobats, flying dancers and DJs on a floating turntable.

Nigeria’s leading entertainers, award-winning artiste Darey and Freeze of Cool FM are expected to host the biggest clubbing experience in the South-East.

Gulder Club Ultimate is expected to have 1000 onboard with celebs such as Naeto C, J Martins and Tony One Week as Enugu’s hottest radio personalities Tobe Dadiva and Lorenzo Menakaya host the red carpet on the ultimate cruise liner on 25th and 26th April, 2014 at the Polo Park Mall in Enugu.

“It’s going to be a record breaking attendance and I’m looking forward to a great show. Club Ultimate is going to be an unforgettable experience in Enugu,” said DJ Caise
Club Ultimate is an innovative event, which transforms ordinary venues into a virtual club of urbane cabaret, DJs spin-off and unusual acrobatic performances invoking the fantasy wow effect.  The fictional becomes reality, making it the most exciting clubbing event ever experienced in each region.

Marketing Manager, Gulder, Emmanuel Agu said, “It’s an honour to be able to share this life-changing experience with Enugu. Gulder continues to dominate experiential activations nationwide and I’m confident that Club Ultimate will go down as the greatest event Enugu has seen yet.”

The third edition of Club Ultimate will hold at The Polo Park Mall, Enugu on Friday April 25, and Saturday April 26, 2014.